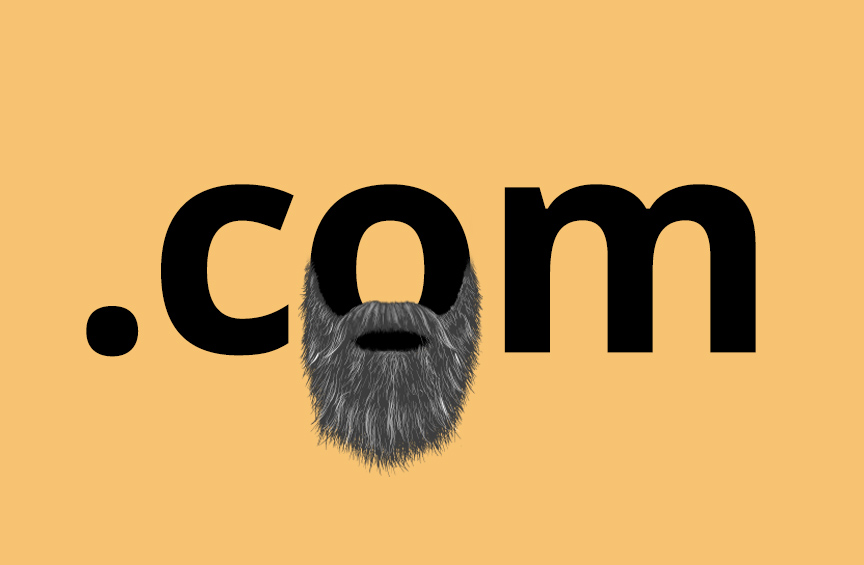 Did Tim Berners-Lee and Robert Cailliau have any idea what they were going to launch at Christmas 1990? Actually, the two scientists only wanted to simplify the exchange of information between their colleagues - but they ending up revolutioning the way we communicate with each other ever since. With the world's first web server, info.cern.ch, Berners-Lee and Cailliau laid the foundation for the World Wide Web we know today. On 6 August 1991, the world's first real website went online at http://info.cern.ch/hypertext/WWW/TheProject.html.

With this website, they set off a veritable avalanche. Back in 1995, less than one percent of the world's population had access to the Internet, but by 2018 access  had increased to 40 percent. A single website in in August 1991 has grown to 1.74 billion websites on the World Wide Web in January 2020. While some of the oldest domains, such as symbolics.com, now host new websites, some of the primitive rocks from the original days of the internet  are still accessible from  their original domain. In this article, we have the oldest yet still active internet addresses under .com.

Did you know that registering domain names  was free until 1995? All you had to do was call the registry to get your desired domain name – at the time, no one expected that domains would eventually change hands for millions of dollars.

The owners of Interrupt Tech Corp. probably didn't foresee this either. But they did foresee the burgeoning relevance of networking computers: On September 18, 1986, the owner-managed IT consulting company was one of the first to secure its own domain with itcorp.com.

At that time, only 27,000 computers worldwide were networked with each other. Meanwhile , Germany set up its first Internet connections  in 1987.

The domain vortex.com dates back to   October 27, 1986. Unlike what the name of the website implies, it is not a technology company for mobile phones or optical devices. The operator Lauren Weinstein clarifies this directly at the top of his page. Instead, the co-founder of the "People for Internet Responsibility" and the "Network Neutrality Squad" initiatives provides recommendations for how to behave on the Internet.

Another pioneer of the commercial use of the Internet, which was not released until 1990, with a website still active today, is Texas Internet Consulting. In April 1987, the then one-man consulting firm with a focus on networks, system architecture and design dared to take the inventive leap into the as yet unestablished digital age. Today, owner Smoot  Carl-Mitchell works elsewhere - but his old-fashioned company website is still accessible at tic.com.

While it is not known why this website has chosen the impressive toad’s mansion from the children's novel "The Wind in the Willows" as a name reference, what we do know is that this still active domain is one of the oldest in the world. Registered in August 1987, the content displayed is mainly a collection of links. The focus is on basic rights in the information age. The owner of the domain toad.com is a certain John Gilmore, entrepreneur and founder of the non-governmental organization Electronic Frontier Foundation, which is committed to civil rights.

Three system and software specialists Steve Caine, Dave Farber and Kent Gordon founded the consulting and programming company Caine, Farber & Gordon, Inc. (or CFG for short) in 1970. 17 years later, they had the idea of registering a domain and putting a website on the Internet (not the WWW at that time). To this day, the Internet address cfg.com is still an archaic-looking website based on rudimentary, but reasonably up-to-date HTML code.

According to CFG's bio information, the company is best known for its PDL/81 Program Design Language Processor - which, according to the website, is well equipped to deal with the dreaded Y2K problem at the end of the 1990s.

It was new, it was exciting - and with a little training, almost anyone could use it: The Internet offered and still offers artists, hobbyists and adventurers a wide range of opportunities to develop their own ideas through their own website. It seems that the milk.com project was born out of such a whim in August, 1994.

In 1994, the current domain owner apparently beat the entire international dairy industry to the punch by registering the Internet address. Fully aware of the current value of his conquest, he appears accordingly self-confident on his website: He does not want to give up the domain for less than 10 million dollars.

And so visitors to milk.com will continue to find recipes, a humorous Q&A section, blog posts about everything and anything, and a some self reflections from the owner.