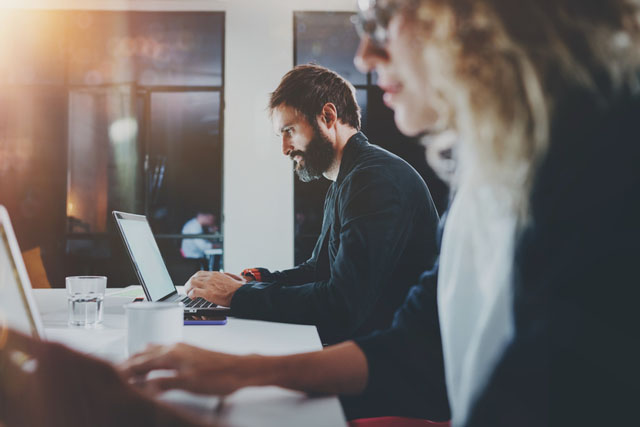 The new gTLDs have been hyped up since before their unveiling but all this hype has been coupled with a lack of public awareness and adoption for many.  But we’re now seeing a wave of businesses taking advantage of these novel domain names and getting adventurous beyond .com, .org and other more familiar, traditional extensions. Many of these are Startups who tend to think outside the box, strive to stand out in their respective industries and set themselves apart right out of the gate. What better way than using a .tech, .online or .shop with their company’s name for their web presence?

Recently, there have been a few noteworthy purchases of new gTLDs including the well-funded and already popular Startup, Brilliant. Brilliant.tech was the first choice for their domain which anchors the main website for the brand’s very smart product that syncs your home’s lighting, music and more through a sleek wall panel. Community.lawyer is being used by a Startup offering affordable legal advice. This domain name achieves professionalism and instant authority by using the .lawyer extension.

Among our own publicly reported sales in the past year we have seen the following new gTLD purchases by Startups or existing businesses venturing into new territory: study.tips, cloud.market, crypto.pro, air.one, crea.tech and stream.pro just to name a few. Some of these currently redirect to other sites or are still being built out but the consistent factor is companies are embracing the new gTLDs and it’s paying off within their marketing campaigns and traffic to their site.

While the aforementioned examples run the gamut of industries and span many of the new name options, this article wouldn’t be complete without mentioning the trend of Tech Startups in particular using the .IO extension. This is not a new gTLD but a country specific TLD for the British Indian Ocean Territory yet techies are snatching up .IOs because of its brevity, efficiency, and relation to input/output references prevalent in the technology world. These names are being implemented by many blockchain and cryptocurrency companies which are in a current boom state along with other technology-based Startups.

No .com - No Problem

New gTLDs give a descriptive punch to domain names while .IO aligns to a current trend in the tech industry. It’s exciting to see so many name alternatives being used by more and more businesses. And the smart ones are considering their domain strategy at the origin of getting established which is a critical point for any Startup.

This is also the phase when their bottom lines are being scrutinized the most and these new gTLD alternatives provide savings over pricier .com versions in typically already tight budgets. We recommend utilizing the new names to also gain creative flexibility which will increase campaign profiles and exposure for specific projects. This is golden rule #6 in our recently produced Domain Marketing Guide. In essence, don’t shy away from the new and unknown, be different!