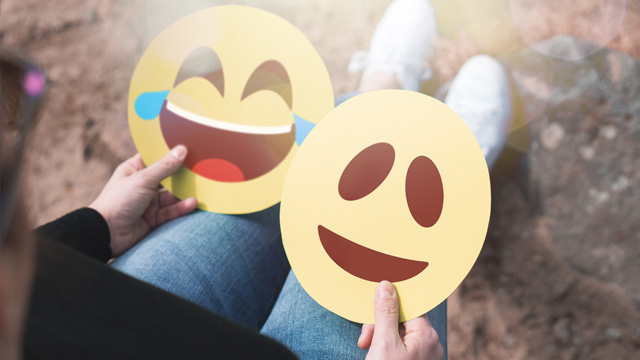 They smile, cry, and wink: it’s impossible to imagine contemporary digital communications without smileys, emoticons, and emojis. In 2015, Oxford Dictionaries even named the face with tears of joy emoji their “word” of the year.

It’s no wonder that someone would come up with the idea of using the brightly colored mini icons in domain names. ICANN, the governing board of the internet, laid the foundations as far back as 2003, when “Internationalized Domain Name” technology was first introduced, enabling non-ASCII (American Standard Code for Information Interchange) characters to be used in domain names. This meant that Unicode, an international encoding standard that supports over 120,000 different characters, could be used – including many emojis.

However, does it make sense to have such an unusual web address? And furthermore, what is the point of emojis themselves?

From smiley to emoji via emoticon

There’s no doubt that someone must have used the “colon, dash, bracket” combination before Scott Fahlman did so. Nevertheless, the computer scientist is known as the first person to use this symbol to communicate the smiley face on the internet which in turn inspired all the character strings that would later be used for this purpose.

In 1982, Fahlman posted on the Carnegie Mellon University internal bulletin board the suggestion to use :-)and :-( to help distinguish between serious and joking comments. Thus the smiley had arrived, signaling a new era in the digital age.

Emojis made the leap into their final evolutionary form at the end of the 1990s in Japan, and the small, expressive pictures developed into many more little icons – from the Christmas tree to full beer mugs and dancing girls.

The plethora of different emojis resulted in a wide range of possibilities for innovative pictorial domain names. A pizzeria could secure the slice of pizza

(Punycode xn--vi8h) as its address. A golf resort might choose the golfer

(xn—9l8h), while an ear, nose and throat doctor might use a sequence of emojis made from the corresponding body parts,

Emoji domain names containing tiny pictures undeniably have a certain charm about them, and Coca-Cola and Norwegian Airlines were among the first to capitalize on this. 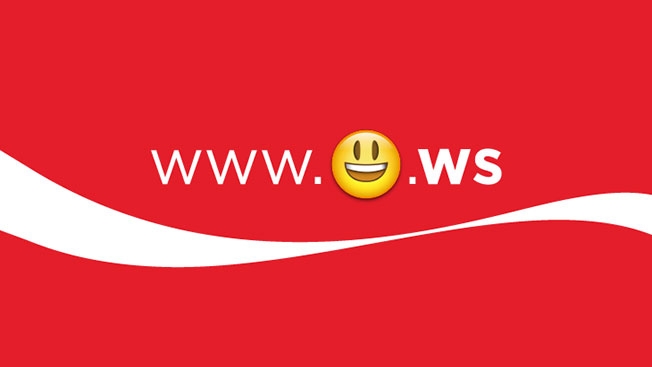 The first emoji domains become available for registration in 2011. But it wasn’t until 2015 that the American soda manufacturer launched its Emoticoke campaign while also securing a wide variety of standard emojis as web addresses. Web users could then find custom company websites by visiting domain names made up of smileys with tears of joy or with sticking out tongues.

Norwegian Airlines, meanwhile, promoted a direct flight between Copenhagen and Las Vegas with a string of emojis made up from an airplane, a slot machine, and a winged bundle of cash 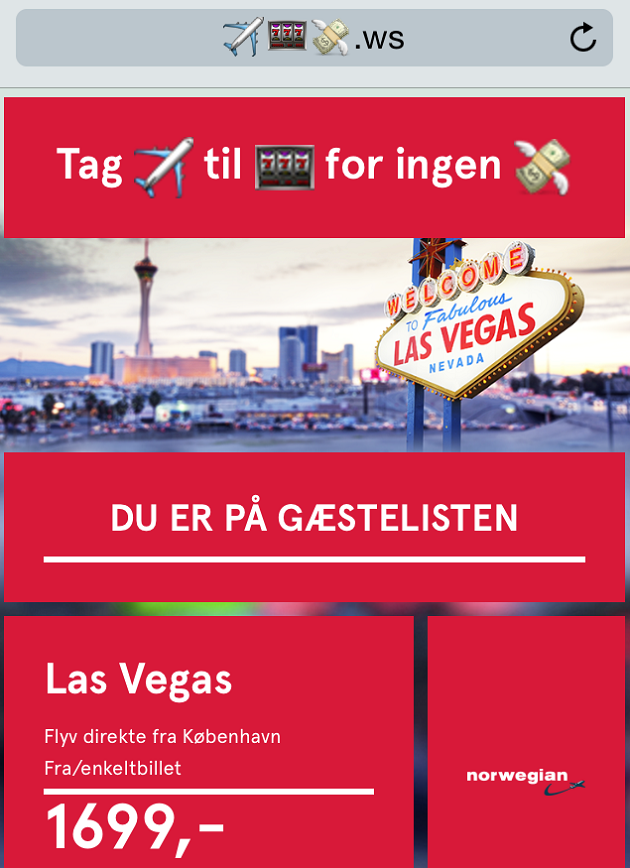 Nevertheless, even these two large companies were subject to the same limitations as all other emoji domain registrants. For example, the most frequently used top-level domains like .com, .de and .net don’t support emoji domains. Also, ICANN has had to intervene due to security concerns such as the potential risk for hackers to take advantage of the fact that some Unicode characters appear confusingly similar to actual letters. These similarities prevent users from distinguishing between different web addresses and can lead to phishing pages imitating legitimate websites and unlawfully obtaining user data.

There are additional considerations in light of the fact that some emojis are not displayed the same on different devices: for instance, a crying smiley

(xn--d38h) looks different on an Apple device (left) than on a Samsung smartphone (right):

Discrepancies even exist within the Apple family of products. While different skin colors of human avatars are welcomed for a multitude of reasons, confusion arises for users when completely different online services come into view after entering web addresses that differ only in the slightest of nuances.

Unicode (and therefore emojis) are only supported by country-specific domain endings (ccTLDs) that have less stringent rules governing registrations. Coca-Cola and Norwegian Airlines, for instance, both selected the .ws TLD for their campaigns which is the Samoan country-specific TLD. This ccTLD has since developed into the standard for emoji domain registrations.

In addition to the already described limitations, another problem that can occur is e-mail addresses set up on an emoji domain do not work. Instead, ACE encoding must be used. The correct address format would then be something like [email protected]–h28h.ws, which obviously seems less cute and trendy than the associated emoji domain,

.ws. (For your reference, Emojis can be translated into their ACE encoding here). Moreover, some web browsers also don’t recognize the cute pictures in domain names, particularly in the case of older or outdated browser versions.

From a pure marketing perspective, an emoji domain can be utilized to support the main corporate site, or to perhaps attract attention on a business card or as an effective promotional technique on a poster.

With the huge number of emojis in existence, it is extremely difficult for users to enter the correct web address into their browsers – especially when the domain name consists of a string of different emojis. Even worse, emojis only come standard on mobile devices; entering these “fun” addresses on a desktop or laptop PC is much more complicated and not fun in any sense of the word.

As such, given the technical constraints that currently apply, emoji domains aren’t really useful for anything more than an entertaining ad campaign.

On a side note: you can use Sedo to configure emoji domains with a 3-byte character length (such as ☎, ✉ or ☠) for sale. You can find out how many bytes are required to display each emoji by using a byte counter, such as the one located at: https://mothereff.in/byte-counter.